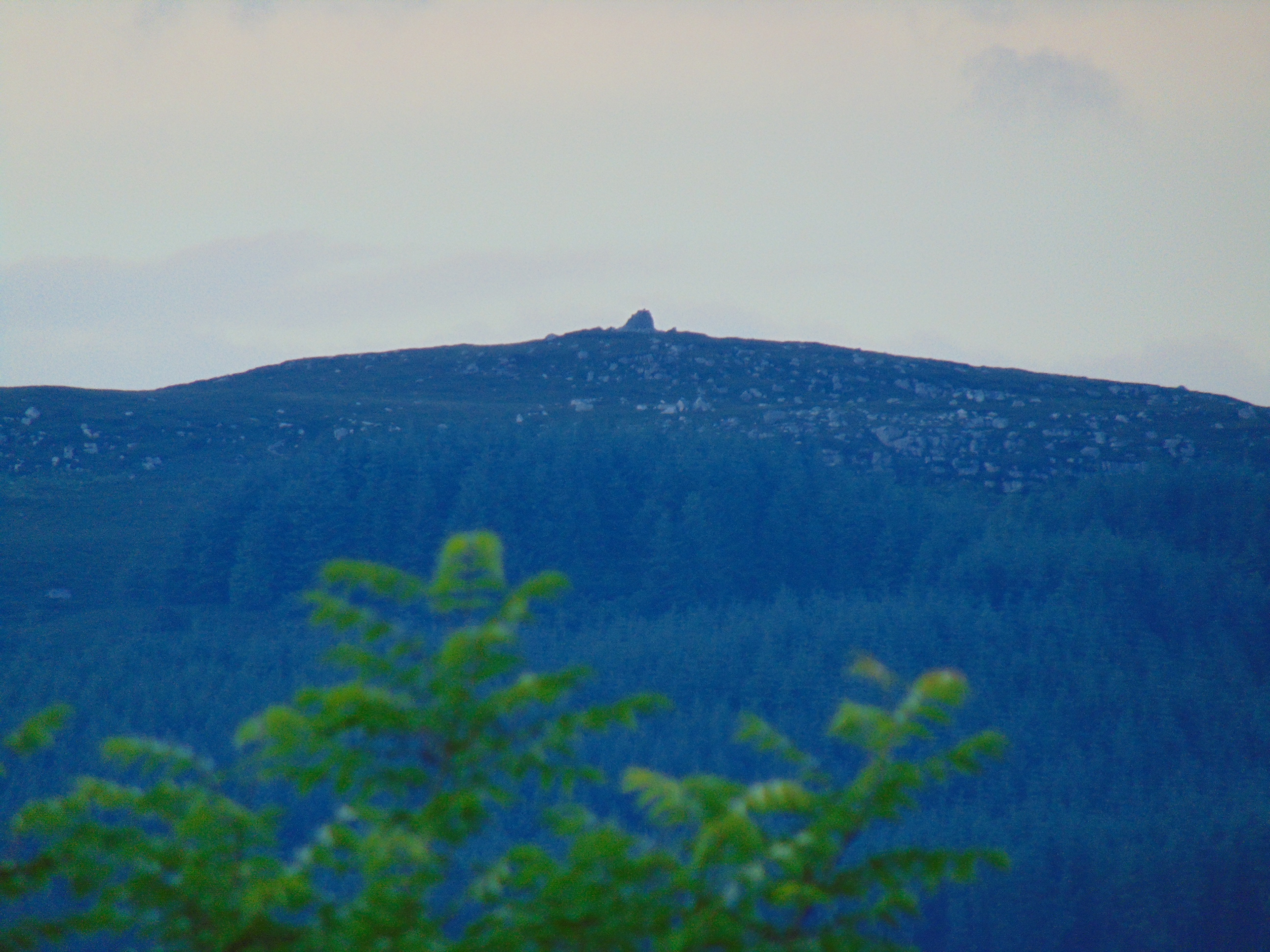 Just published over on Bealtaine Cottage Good Life… “The Cairn”

Slieve Anierin, known as the Iron Mountain, is a magical landscape, where Iron Age people once mined Iron Ore.

Slieve Anierin in Leitrim; Sliabh-an-iarainn, the mountain of the iron; from its richness in iron ore.

Bealtaine Cottage is surrounded by landscape, where traces of ancient peoples are to be found with ease.

The Tuatha de Danaan were one of these ancient races and were also known as the Shining Ones.

Few people are aware of the fact that it was these people who became the origins of what we know worldwide as the Fairies…or the Sidhe.

This was the Tribe that became the Sídhe…the Fairy Folk.

The stories of the Sidhe abound in Ireland.

We live alongside our ancestors.

This path at Bealtaine leads down into the Fairy Wood.

There is much written about the

Sídhe, pronounced “shee”, and a lot of the writings are contradictory, much like the

Living among the remnants of ancient tribes, as I do, here in the West of Ireland, watching skies with stars so bright, they illuminate the night, it is easy to believe in theSídhe…even revere them at times.

There comes a shift in perception, when one’s closest allies are the invisible forces of Nature.

Where does reality begin and end?

What is actual and what is reflection?

For much of it is coloured by perception.

This was something debated by the Romantic Poets, as they often explored the world around them, using reflections, as they held up mirrors to gaze into Nature.

There are many tales relating the emergence of Fairies in Irish Folklore.

Many legends recall how once  great Queens, Kings and Warriors became

In turn, these mortals went on to  establish new kingdoms in the ancient mounds and hills of the landscape we know today.

It is easy to regard these ancient sites with reverence and understanding, for even though there are millenia of time that separate us from them, they are part of our ancestral being.

The true origin of the legendary Tuatha De Danaan lies somewhere between the worlds of reality and perception of reality.

The name means literally “the folk of the god whose mother is Dana.”

It is merely recorded, that they appeared, as the clouds rose, from the mountain of Slieve Anierin, on the day of Bealtaine, the first day of May…Summer.

Bealtaine Cottage is free and has over 850 blogs, as well as over 3,500 photographs.

Bealtaine Cottage Good Life is a mere 12 euros per year and allows me a small income, to keep doing what I love doing most…writing about Mother Earth and photographing her.

Bog Oak Pendants are available from the Bealtaine Cottage Craft Shop. (Sorry, all are now sold. No longer available!)

Each pendant is hand-crafted from locally sourced Irish Bog Oak, an ancient and profoundly mysterious wood that’s been buried in the Irish peat bogs for thousands of years.

These pendants are made from wood dated as 5,600 years old.