The conference in Paris is underway as I write this.

World leaders have gathered to discuss, debate, harangue and eventually come to some agreement…hopefully!

However, there are two aspects of any agreement, that the mainstream media will ignore, in their reporting of the biggest threat to face humankind ever!

The first one is evident to anyone living in the developed world: we have to consume less, much less and, in fact, change our entire perspective of how we live with this planet…not, as many say, on this planet!

This means reducing consumption of consumer goods, oil,  but, more importantly, changing our diets and expectations.

You will not hear political leaders talk such talk, as this has no place in “economic growth”…

Western society in it’s present form is unsustainable…even without the massive problem of Climate Change!

(For example…did you know that there are, today, nearly 65 billion animals worldwide, including cows, chickens and pigs, crammed into Confined Animal Feeding Operations (CAFOs)…Factory Farms to you and me!)

We eat meat as a snack food…unheard of when I grew up!

However, much as the mainstream media ignore much of the above, there remains a most important part of this problem unspoken of…

War and the Military machines of increasingly feudal governments. They’re right up there in the major league of Climate destroyers!

Did Al Gore even mention the devastating impact of endless wars and military in his money-spinning presentation?

It was an Inconvenient Truth.

It represents the Elephant in the Room that no-one wants to talk about!

A huge amount of money that could have provided solar power and retro-fitted insulation to millions of homes…yes, millions!

Here’s an article that evaluates the US military’s impact on climate http://www.countercurrents.org/smith261115.htm

Some of the facts, should you care to research them are staggering… for example, an F-4 Phantom Fighter burns more than 1,600 gallons of jet fuel per hour!

It is interesting that the spin on war and climate change has already begun, with the media posing the question does climate change cause war and refugees.

Refugees do not cause climate change.

It is time we did a little number crunching for ourselves!

Bealtaine Cottage Good Life membership is 12 euros per year and allows me a small income to continue to grow the Bealtaine Project both here in Ireland and in the hearts and minds of good people all over the world. 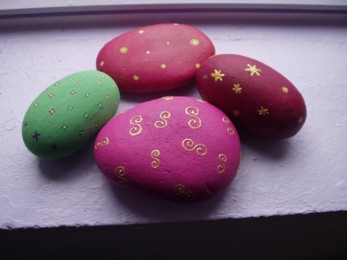 How much money is spent on bombs each year?

Apparently, when it explodes, smaller bombs fly out and scatter exploding and causing mayhem…what an incredible thing for the human mind to invent!

Explosive shock waves can cause situations such as body displacement (i.e., people being thrown through the air), dismemberment, internal bleeding and ruptured eardrums.

Hmm…don’t want to think about that, do you?

What a lot of money and imagination to spend on KILLING.

What happens when a bomb is dropped?

Well, a thermal wave is created by the sudden release of heat caused by the explosion.

Military bomb tests have documented temperatures of up to 2,480 °C (4,500 °F).,  capable of inflicting severe to catastrophic burns!

Military development of thermobaric weapons,  employ a combination of negative shock wave effects and extreme temperature to incinerate objects within the blast radius.

We can grow, or we can kill.

We can mend, or we can destroy.

We can heal, or we can pollute…THE CHOICE IS OURS.

We should not allow the criminally insane Politicians to keep making these choices for us!

If you would like to support the Bealtaine Project by becoming a member, donate 12 euros for year membership and private website access to Bealtaine Cottage Good Life

Thanks for your support!