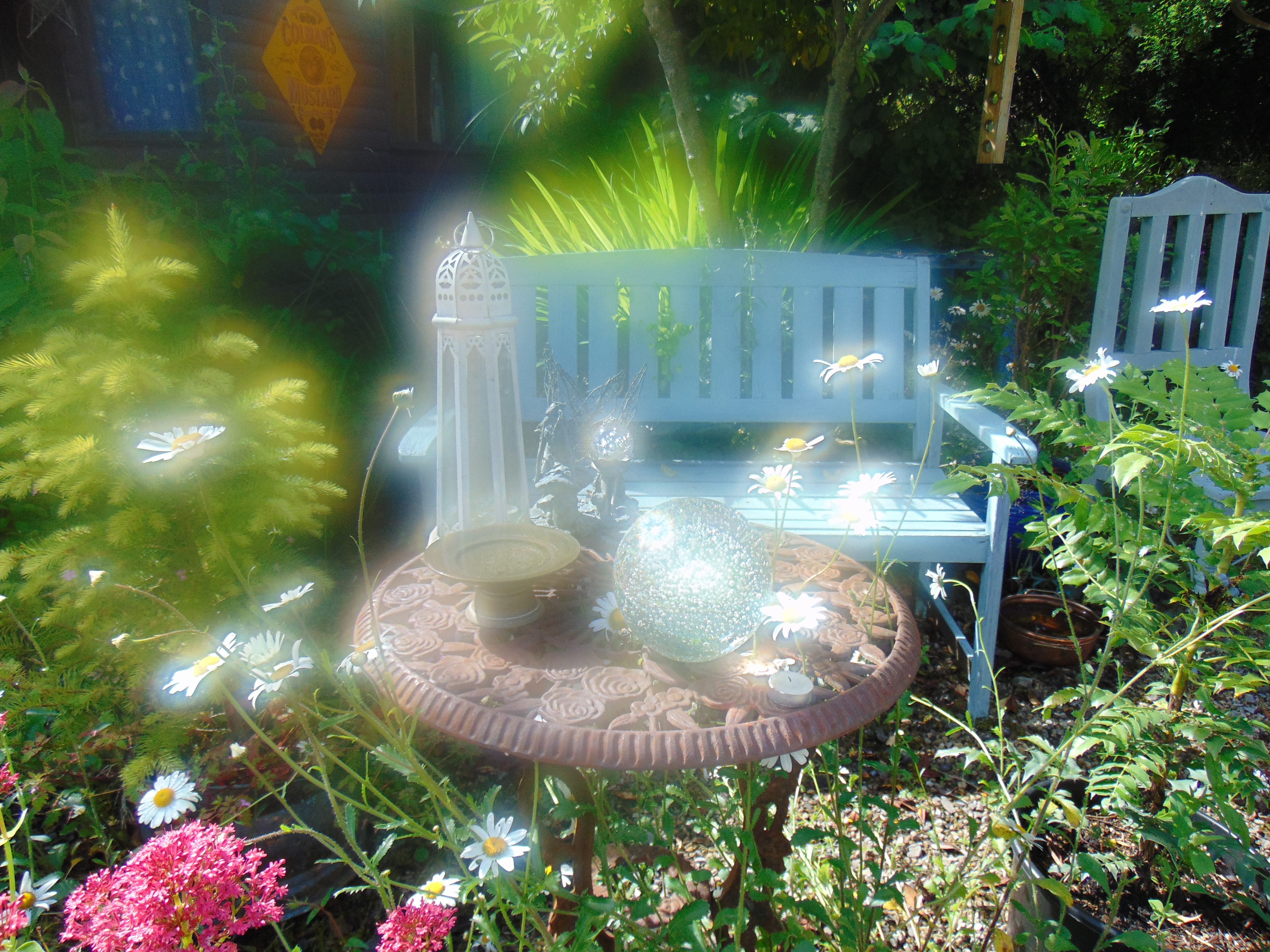 The wall is silence, the grass is sleep,
Tall trees of peace their vigil keep,
And the Fairy of Dreams with moth-wings furled
Plays soft on her flute to the drowsy world.
~Ida Rentoul Outhwaite

There are fairies everywhere: under bushes, in the air, playing games just like you play, singing through their busy day.

So listen, touch, and look around — in the air and on the ground.

And if you watch all nature’s things, you might just see a fairy’s wing.

I often walk the gardens in the early morning, taking my tea or coffee with me…and always my camera.

It is often in the early morn or at dusk that I find myself in a strange little corner of the gardens, which stretch to three acres and I attempt to capture the moment through the lens.

For my part, I believe in the Sidhe and have often felt their presence.

This morning there appeared to be a humidity in places which made it’s presence felt in some of the photographs I took.

You may make of them what you will.

Bealtaine Cottage is quite alive at all times and especially today, Midsummer, 20th day of June 2016.

The veil is thin…

This is of very special meaning to me and heralds the presence of my Mother, for this is her Angel sitting by a plant which was dedicated to her.

My daughter bought this pot and plant as a reminder for me of my Mother and her Grandmother…it sits near my seat by the veranda, just outside the back door.

The Realm of the Sidhe is a shadow land, carved out by the Tuatha de Danann following the defeat of the tribe in their last great battle.

Many of the sacred places in Ireland are also home to the Sidhe lying just beyond the fields we know.

The Tuatha de Danann, the people of the Goddess Danu, were one of the great ancient tribes of Ireland.

The important manuscript ‘The Annals of the Four Masters’, records that they ruled Ireland from 1897 B.C. to 1700 B.C

Bealtaine Cottage appears to be  alive with ancestors.

Hand in hand, with fairy grace,
Will we sing, and bless this place.
~William Shakespeare, A Midsummer Night’s Dream