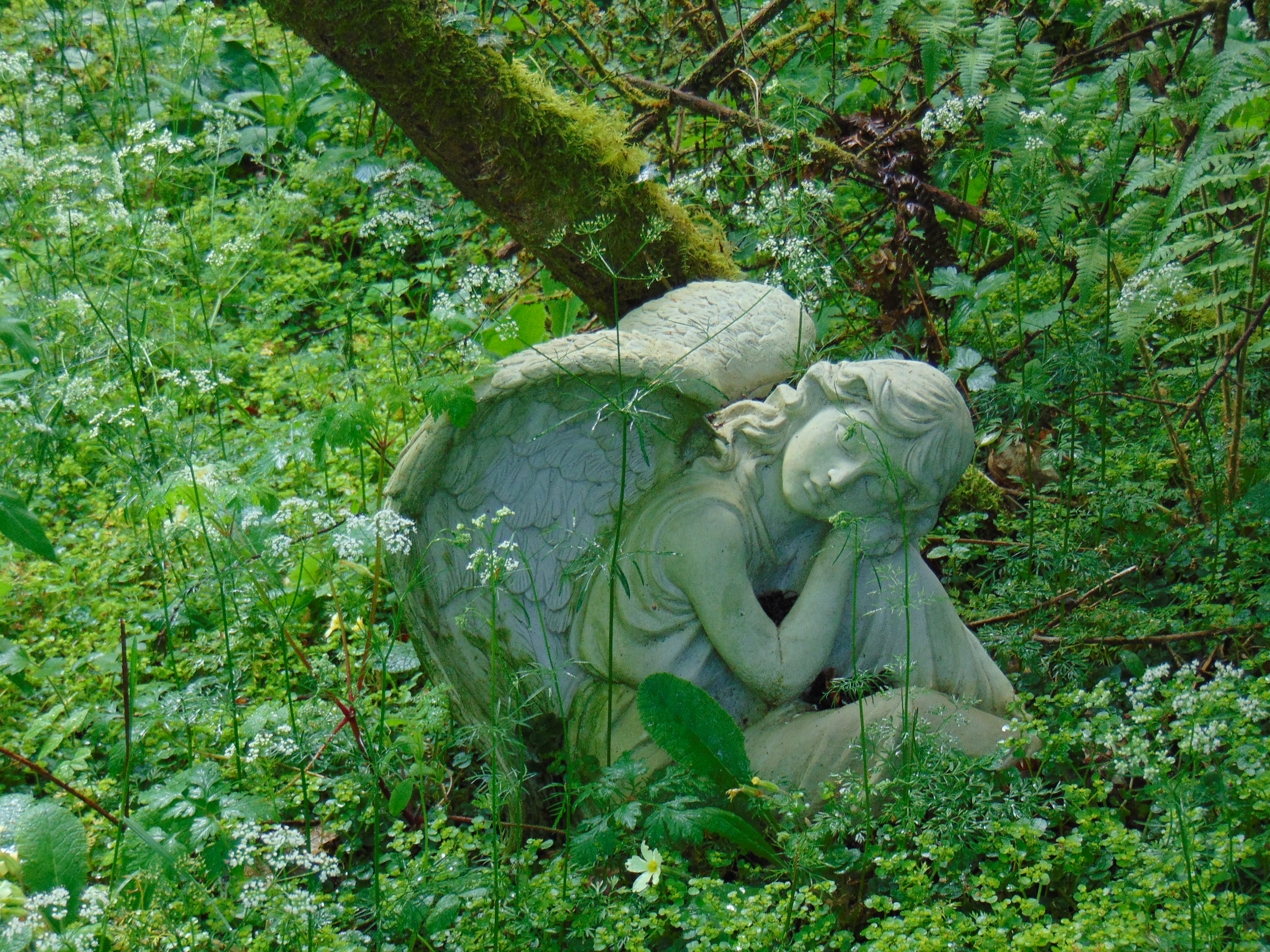 With my camera in one hand and mug of coffee in the other, I set off with jack for an early morning stroll around the garden and down as far as the end of the driveway.

As you can see it’s a beautiful morning!

My mind, as ever, began to focus on the beauty of all around me…for I live in a constant state of disbelief that all this has manifested from such barren land in little more than a decade!

We live in unprecedented times.

In what was promised as a post-war era of plenty on this abundant and beautiful planet, deceit and greed have overtaken and consumed the dream.

Mother Earth has been harnessed and shackled to the corporate nightmare.

War appears to be never-ending.

As George Orwell said, “In a time of universal deceit – telling the truth is a revolutionary act.”

Jane Goodall, a wise and compassionate woman if ever there was, speaks and writes about the issues facing us today, in a world where little makes sense…

“Michael Pollan likens consumer choices to pulling single threads out of a garment. We pull a thread from the garment when we refuse to purchase eggs or meat from birds who were raised in confinement, whose beaks were clipped so they could never once taste their natural diet of worms and insects. We pull out a thread when we refuse to bring home a hormone-fattened turkey for Thanksgiving dinner. We pull a thread when we refuse to buy meat or dairy products from cows who were never allowed to chew grass, or breathe fresh air, or feel the warm sun on their backs.
The more threads we pull, the more difficult it is for the industry to stay intact. You demand eggs and meat without hormones, and the industry will have to figure out how it can raise farm animals without them. Let the animals graze outside and it slows production. Eventually the whole thing will have to unravel.
If the factory farm does indeed unravel – and it must – then there is hope that we can, gradually, reverse the environmental damage it has caused. Once the animal feed operations have gone and livestock are once again able to graze, there will be a massive reduction in the agricultural chemicals currently used to grow grain for animals. And eventually, the horrendous contamination caused by animal waste can be cleaned up. None of this will be easy.
The hardest part of returning to a truly healthy environment may be changing the current totally unsustainable heavy-meat-eating culture of increasing numbers of people around the world. But we must try. We must make a start, one by one.”
― Jane Goodall

There are some main differences between the times we live in and a few decades ago here in the western world.

Do your parents recall?

Have you ever had this conversation…the one that begins with “consumption of food and acquisition of material goods never used to be like this!”

My diet as a child consisted of tiny amounts of meat two or three times per week.

Milk was limited to what was given out free at school.

Ice cream only ever was a Sunday treat during the Summer months.

Sweets were literally a treat…very rare indeed and brought by visitors to our home!

Clothes were handed down and rarely bought new!

Toys and games were what one got at Christmas or birthday if one was lucky!

Compare all that to now…

We have a consumer society gone mad!

We are devouring our world!

Our happiness levels have plummeted.

Seasonal food and life is unrecognizable to the majority of younger people.

“Someday we shall look back on this dark era of agriculture and shake our heads. How could we have ever believed that it was a good idea to grow our food with poisons?”
― Jane Goodall, Harvest for Hope: A Guide to Mindful Eating

Oh Jane Goodall, what a wise woman you are…but I hope that day comes soon!