Some friends of mine called the other day.

They were off to Sligo to do their Christmas shopping.

The list of what they had to buy was long and detailed…three children and lots of family living close by!

Whilst here, they collected Holly, Ivy, lots of other greenery, as well as a small Christmas tree, which they left down by the gate to collect later on.

Back inside the cottage, warming ourselves by the stove in the kitchen and drinking mugs of hot tea, they remarked on the similarity between my lifestyle and that of the television series, “The Good Life.”

So, what exactly can be called a “good life?”

And here, we’re talking in terms of lifestyle choices, rather than anything too holy!

I could draw up a list of all the things that make my life feel good, but, instead, I shall condense it all into one little word.

For the past few months I have been endeavouring to make my life as simple as possible, by giving away as much as I do not want…clothes, books, household items…and painting furniture to bring it all together.

The result is very satisfying…less stuff to move around, fall over, gather dust and fret about and, more simple elegance.

Did you know that Coco Chanel built an empire on that very theme, Simple Elegance.

Her little black dress, well cut suit and No.5 perfume are still as popular as ever they were!

Living the “Good Life,” is not all about muck and wellies, no…it’s about lots of simple elegance too!

Ask Missy, she knows where to sit to look her best!

Part one of The Good Life, Christmas special 1977… 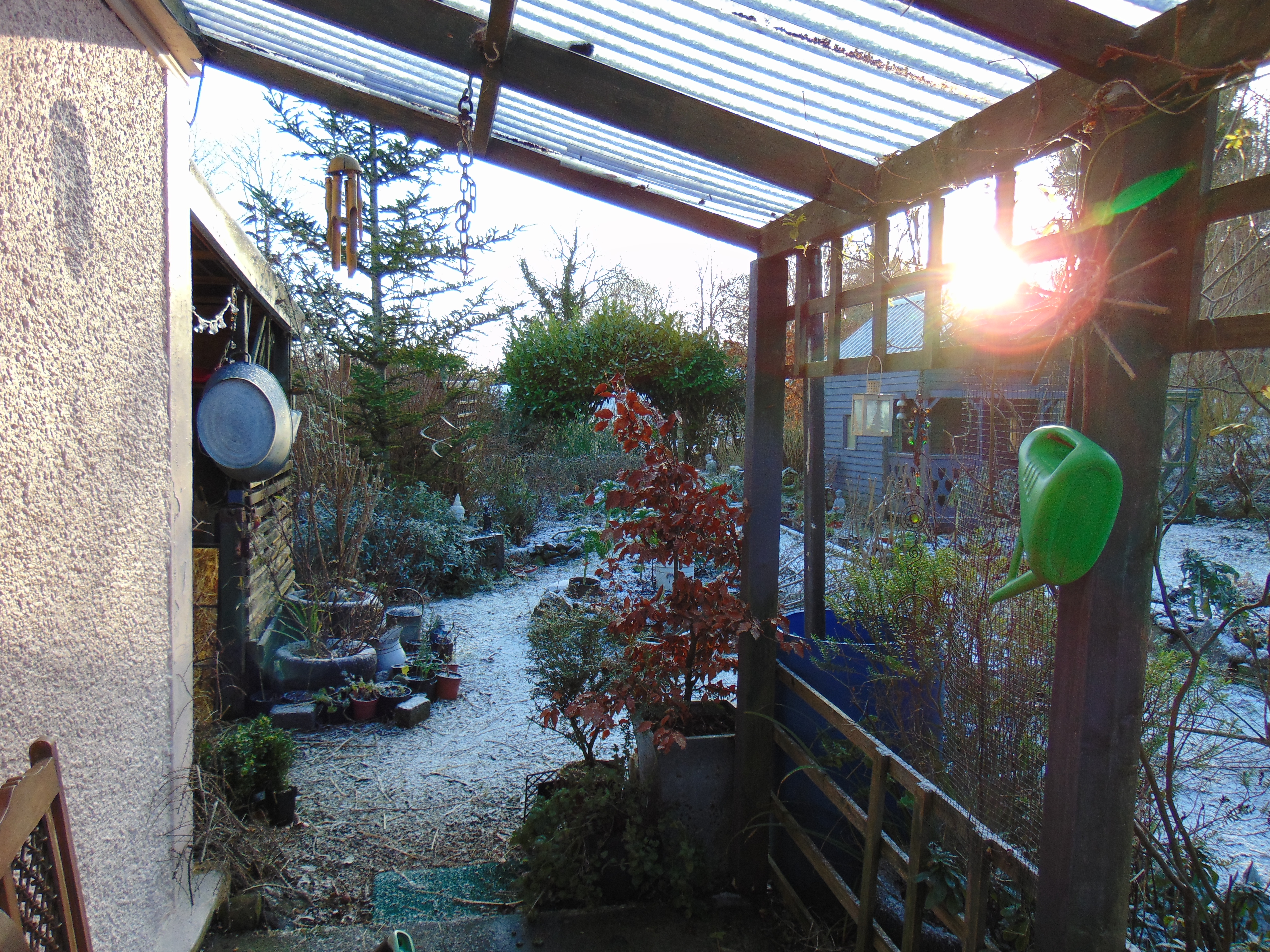 The Plants of Christmas

The plants traditionally associated with Christmas were  Holly,Mistletoe, Ivy  and Common Yew. These trees and plants have had special roles in earlier religions and past cultures.

The Celts in Ireland  had midwinter festivals to celebrate the return of the sun from the shortest day.

In the 4th and 5th centuries, 25 December was gradually adopted as the date for Christmas in Europe in order to superimpose on the existing mid-winter festivals.

The Roman festival of Saturnalia was a week of public feasting, dancing, singing and gambling. Houses were decorated with evergreens and bunches of holly were given as tokens of friendship. When this festival was absorbed into the Christian calendar, Holly and the other evergreens were absorbed as well.

Midwinter Solstice marks the rebirth of the suns power.
The midwinter fire is the  symbol of death and rebirth – going from the darkness into the light.
I celebrate the Midwinter Solstice with a traditional fire, food and drink with family and friends.

In The Bleak Midwinter

The fire will burn into the night and as is the custom, I will use an ember to light the stove here at Bealtaine Cottage in the morning.
So the ritual of the Midwinter and the longest night will be over.

Tomorrow will begin the ascent to Spring and the light.