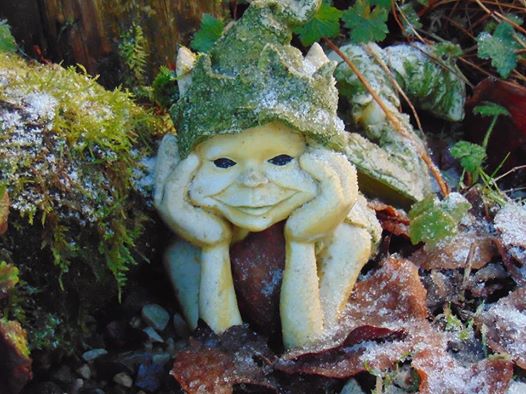 And so the wheel turns towards Spring and its tentative beginnings in the West of Ireland as the sun rises tomorrow morn.

With the rising of the sun comes Imbolc!

Oftentimes it does not look or even feel like Spring, but the light has changed…something that animals see, feel and react to before we do.

The understanding of the changing seasons grew from the deep connections between us and the natural world, as can be seen in the word itself, for “Imbolc” refers to sheep’s milk in Old Irish.

During ancient times, lactating ewes represented one of the first signs of Spring.

Imbolc is a Cross Quarter Day, which means it is midpoint between the Winter Solstice and the Spring Equinox.

Depending on the year that’s in it, Imbolc can fall between the 2nd & 7th of February…the  calculations vary, despite the best will of man to box it all up into calendars!

Celtic festivals are based on astronomical events!

Festivals like Imbolc are often claimed to be Wiccan or Pagan, but Imbolc belongs to the ancient peoples of Ireland who were neither Wiccan or Pagan!

Wicca itself is less than one hundred years old

Pagan was a term used to describe those in Ireland before Christianity…a sort of name-calling, in that it became and remains for many, a derogatory term.

My ancestors were never without spiritual beliefs!

Paganism is a term that developed among the Christian community of southern Europe during late antiquity to describe religions other than their own, Judaism, or Islam–the three Abrahamic religions.

The warmth of the rising, growing sun fertilizes the Earth (the Goddess), and causes seeds to germinate and sprout.

And so the earliest beginnings of Spring occur.

As Imbolc rises on the second day of February, the last quarter moon is in Scorpio, my birth sign.

Now is the time to secure your seeds for the Spring sowing which is now well underway in propagators and sheltered places.

You can place an order for seeds harvested here at Bealtaine cottage, from the plants seen growing here…all strong and vigorous. Click on the link below that will take you to the selection available:

I continue to clear out spaces in my cottage and renew many aspects of my life…always a good preparation for Imbolc!

Happy Imbolc to you all!

I’m happy to write, photograph, podcast, Youtube and Facebook on behalf of Mother Earth…it would be great if you could take a second or two to press the LIKE button, leave a comment, or even subscribe to Bealtaine Cottage Good Life…thanks for the appreciation! X