The Stone Circle here at Bealtaine Cottage is infused with early morning light.

A wild wind blows in from the West carrying energy and a sense of renewal as it blows Hawthorn flowers in front of it.

The morning is defined by change and renewal.

The Celts believed in the magical strength of the Hare.

The Hare belonged in essence to the Celtic goddess Eostre.

It was her most favoured animal, representing love, fertility and growth.

In Celtic mythology the Hare was associated with the Moon, dawn and the belief in the transmigration of the soul. (I have written about this in a previous blog and can be accessed by typing Transmigration of the Soul into the search bar on this page).

Eostre was reputed to have changed into a Hare at the full Moon.

The poet Robert Graves referred to the Hare as sacred to the White Goddess, the Earth Mother, being regarded as, and considered to be, a royal animal.

“…language of poetic myth anciently current in the Mediterranean and Northern Europe was a magical language bound up with popular religious ceremonies in honour of the Moon-goddess, or Muse, some of them dating from the Old Stone Age, and that this remains the language of true poetry…” ~ Robert Graves

Boudicca, the Queen of the Celtic tribe of Iceni in England, was said to have released a Hare as a good omen before each battle.

The Druids were said to have been able to divine the outcome of battle by the hare’s movements.

In some parts of Ireland hares continue to be celebrated, such as  the legendary ‘White Hare of Creggan’, a sculpture of which can be seen at the “An Creagan” Visitor Centre in County Tyrone.

Even in the local community, its white silhouette continues to adorn homes. 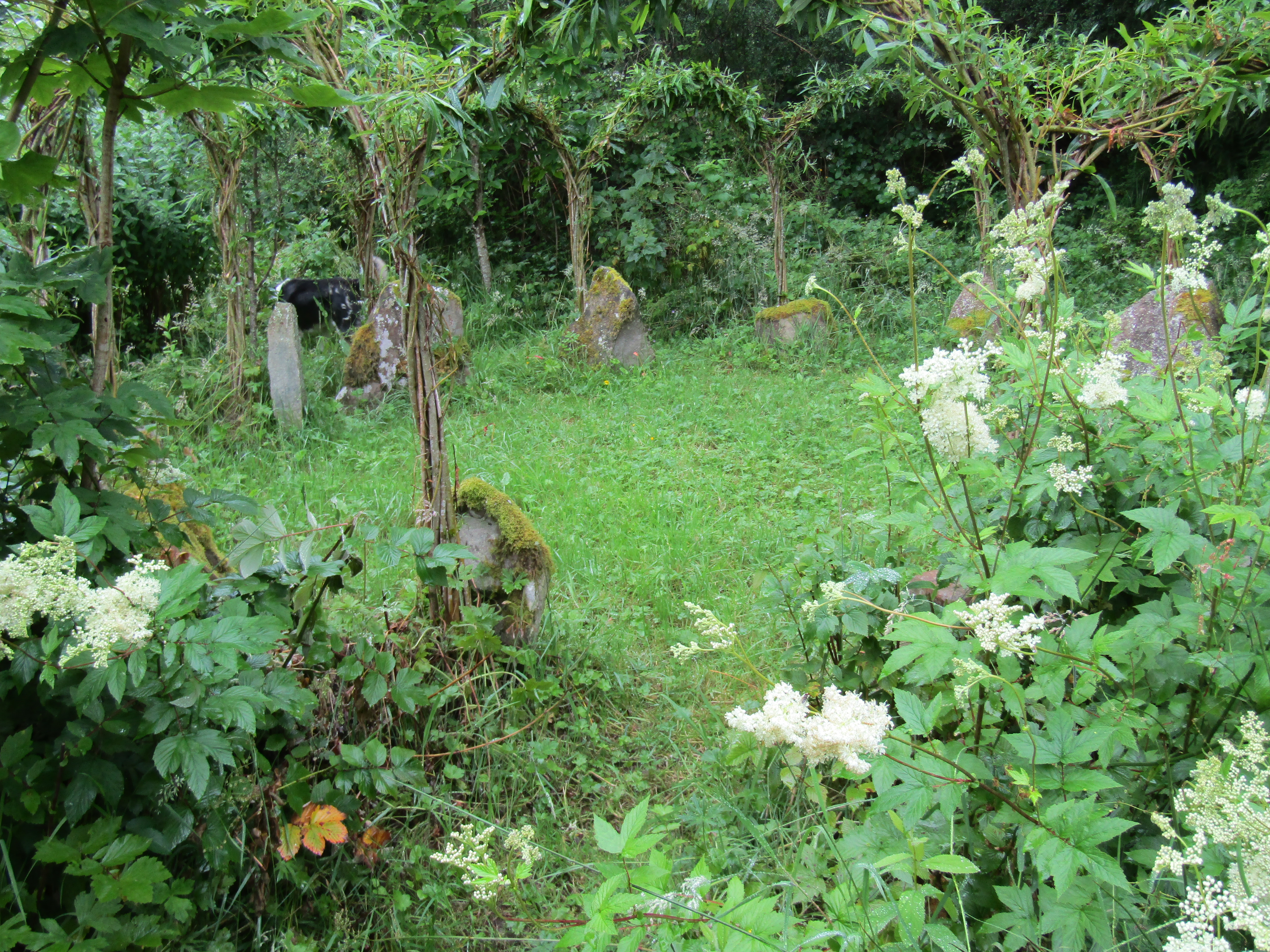 The Romans conquered Europe, but resolutely refused to invade Ireland, despite ruling England, Wales and Scotland for several hundred years.

Recently I have made a concerted effort to find out why this was…Why continual Roman Emperors left Ireland alone…?

What crops up in my investigations time and again, is the issue of the ancient Celtic belief in the transmigration of the soul.

This was not just something that was taught by the Druids, but an unshakeable conviction in the afterlife…one so strong, that it made them absolutely fearless in battle.

Transmigration of the soul is a doctrine of reincarnation.

Within this belief, spirits may be reborn into any of nature’s forms – human, animal, or even inanimate things, such as trees and water.

This is supported by evidence from the ancient Celtic Heroic tales.

The Greek writer Diordus Siculus (c. 60 BC – 30 AD) noted that the Druids believed “the souls of men are immortal, and that after a definite number of years they live a second life when the soul passes to another body.”

The Greek philosopher Strabo (c. 63 BC – 21 AD) observed the Druids believed that “men’s souls and the universe are indestructible, although at times fire and water may prevail.”

Julius Caesar wrote of the Celts “They wish to inculcate this as one of their leading tenets, that souls do not become extinct, but pass after death from one body to another, and they think that men by this tenet are in a great degree stimulated to valour, the fear of death being disregarded.”

This was most troublesome for Julius Caesar, as he realized this race would not be easily defeated and thence subjugated.

The Roman Empire was all too aware of what happened when the British Celts,  under their Queen Boadicea, decided to revolt against Roman tyranny.

The Celts, led by their Queen, cut a mighty swathe through the Roman settlements, towns and armies in England, almost wiping out Roman occupation!

The Romans had raped the daughters of Boadicea, making her watch…the entire Iceni Tribe rallied behind the dignity of their queen and against the tyranny of such barbarians as empire breeds.

As for the women of the Celts, Roman Diodorus Siculus wrote of them, saying, “Among the Gauls the women are nearly as tall as the men, whom they rival in courage.”

Julius Caesar was frightened of the Celts, despite the mighty legions of Rome.

This is a truth I carry today…to be steadfast and resolute in holding fast to what I believe to be right.