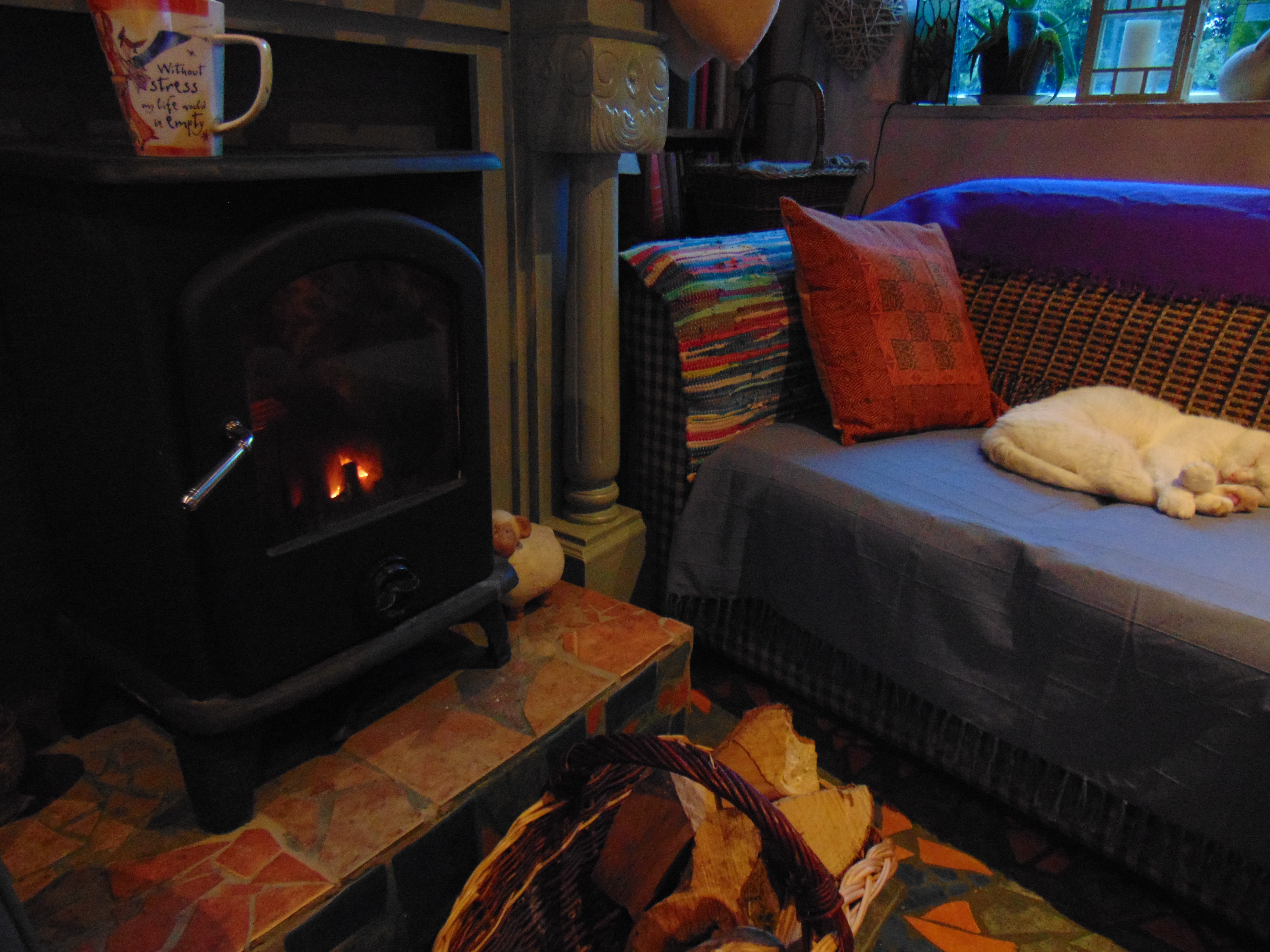 Autumn is a time of early shadows as the season of summer passes over.

And cobwebs everywhere! And here, in the Northern Hemisphere, one can easily notice the later dawns and earlier sunsets,as Spring is ushered in south of the Equator.

Equinox is all about balance…the balance of equal day and night, of dark and light.

I await the first light of morning with great anticipation, aware that the light grows more and more precious, to be cherished.

We are creatures of the light!

During these colder mornings I use the electric kettle to make my early tea.

There is something very comforting about an old tea tin…often referred to as a Tea Caddy!

We are poised at the turning time and the descent towards Samhain.

The Celts only recognised two parts of the year in terms of life, and that was Summer and Winter, for Samhain, despite falling on the 31st of October, meant “Summer’s End.”

The sun is casting long shadows…we grow evermore closer to the turning.

In the night sky, Fomalhaut – the Autumn Star – is making its way across the heavens each night.

The equinoxes and solstices formed an important part of ancient rituals here in Ireland.

This Autumn Equinox is also referred to as Mabon.

Mabon is a good time to look at the ancient Greek legend of Persephone and Demeter.

“The breezes taste
Of apple peel.
The air is full
Of smells to feel-
Ripe fruit, old footballs,
Burning brush,
New books, erasers,
Chalk, and such.
The bee, his hive,
Well-honeyed hum,
And Mother cuts
Chrysanthemums.
Like plates washed clean
With suds, the days
Are polished with
A morning haze.”
–   John Updike, September

Stone monuments were built here in Ireland and aligned to witness the light on these days.

One can still view the illumination of these chambers in ancient cairns, at sunrise, on important celestial days.

It just remains for me to wish you all a Happy Equinox on this beautiful evening at Bealtaine Cottage.

19 thoughts on “Equinox and Early Shadows”