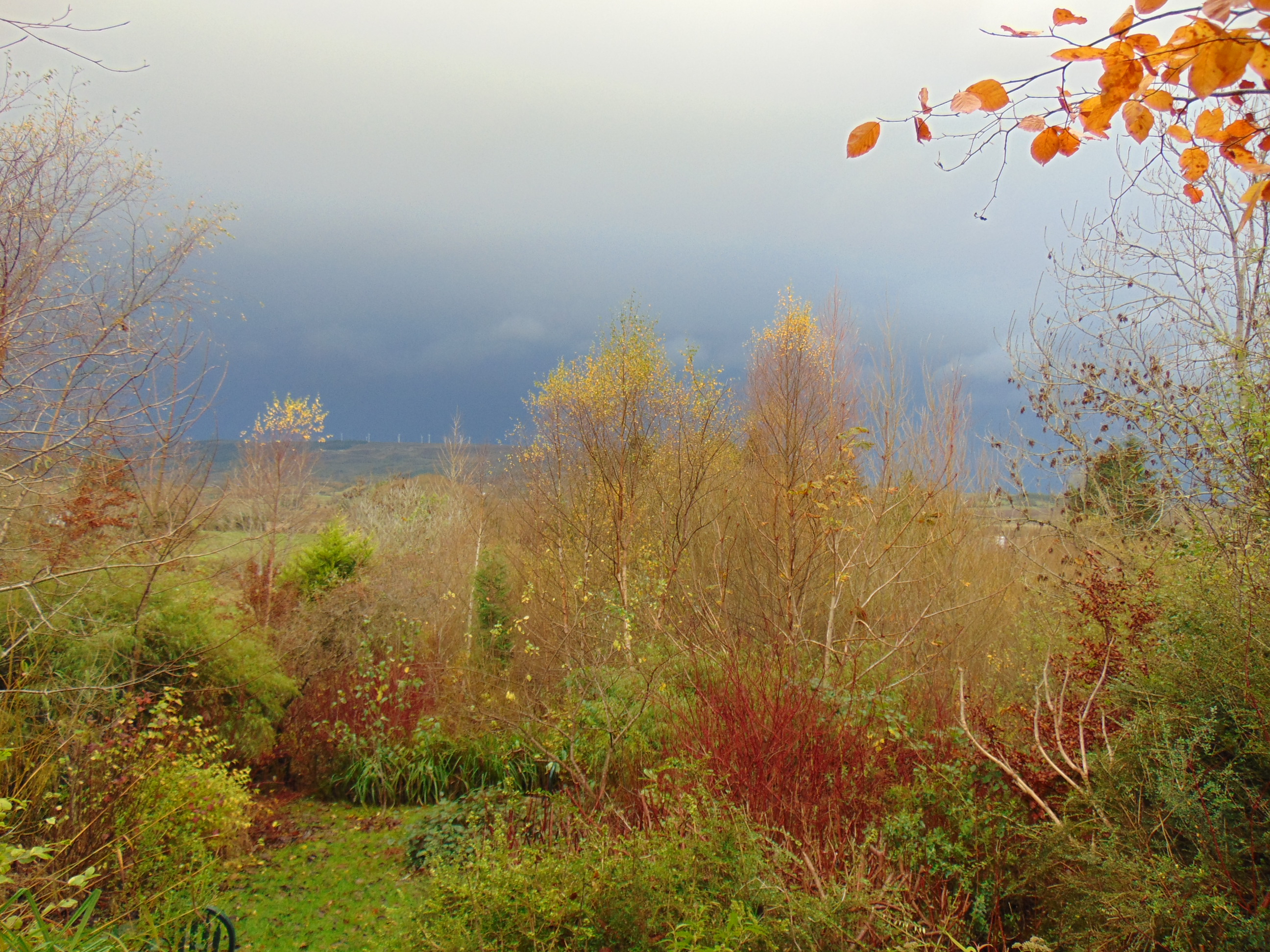 The rain is torrential.

I have just taken these pictures as the rain stopped.

Last year was very wet here in the west of Ireland.

Adaptation to the change in climate is under-way.

Raised beds are made and more are planned.

As I write, the rain has begun again and in between the sun shines.

The weather patterns are unpredictable in all except extreme weather expected!

Our governments should have instigated national tree-planting on a war-footing scale, with all available funds channelled into our life-boat…Earth!

Billions of £/$ for war as the killing of human beings continues and our planet slowly expires!

In a dire situation like this, we must take hold of the reins ourselves and plant trees, grow food and permaculture the lifeboat that is our planet.

Here in Ireland, where I live, the government is aware that Ireland has the least tree cover in the whole of Europe, yet is allowing the IMF to harvest all the trees in the National Forests, as part of the debt repayment nonsense that only disconnected bureaucrats could have concocted!

Nicholas Stern, author of the UK government-commissioned review on Climate Change in 2006, said, just a few days ago…”Looking back, I underestimated the risks.

The planet and the atmosphere seem to be absorbing less carbon than we expected, and emissions are rising pretty strongly.

Some of the effects are coming through more quickly than we thought then.”

He was referring to his report, The Stern Review, published in 2006.

Stern expected a rise in global temperatures of between 2 and 3 degrees.

Stern has changed his forecast…upwards saying that we are “on track for something like four “.

“This is potentially so dangerous that we have to act strongly.

Do we want to play Russian roulette with two bullets or one?

These risks for many people are existential.”

‘I got it wrong on climate change – it’s far, far worse’~Nicholas Stern

There you have it…we are caught in an escalating situation of weather change that is impacting on our lives as I write.

Plant as if your life depends on it…because it does!

As a condition of the IMF/ECB/EFSF “Troika” loan for the amount of €67.5bn Ireland must generate €2 billion from the disposal of State-owned assets and companies. As part of this, the government has plans to sell off the harvesting rights to the states forestry for the next 80 years. The name of the state owned body is Coilte. This is the usual IMF privatise and realise policy enforced worldwide…profit being the main driver to assuage so-called national debt.

Most of you are familiar with Bealtaine Cottage.

Bealtaine Cottage is free to all, as it has been for the past five years.

Bealtaine Cottage Good Life is 12 euros per year for full access and allows me a small income, to keep doing what I love doing most…writing about Mother Earth and photographing her.